Content Is King, But Your User Interface Can Be Just As Important 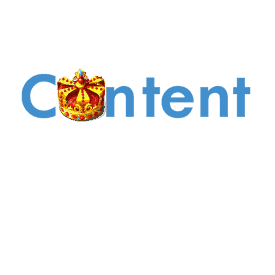 If you ever spoke with a marketing professional about best practices when setting up a Web site, a phrase that you’ve probably heard from him is, “content is king”. This generally refers to the combination of the text on your site’s pages and the picture’s and other media that you add to support the text on your pages. What the phrase suggests is that your text and your media are what is really important in making a killer Web site. Although I agree that content is extremely important, I want to talk about the specific importance of the design and usability of your Web site, especially if your Web site is of an interactive nature.

The design and usability of your Web site is one thing that can serve to set your Web site or technology apart from what is sure to be a similar Web site or product already out there. A recent article on npr.com, does a great job of discussing how the latest social media sensation, Pinterest.com, gives users the impression that their platform is meant as a sort of social media site for Women. “It’s no surprise that women use Pinterest more than men,” says Soraya Darabi, a New York-based digital brand strategist and co-founder of Foodspotting.com. “It has a very feminine script and interface, and the scheme is pink.” The fact that Pinterest.com is thought of as a Women’s Web site is relevant, because the Pinterest product doesn’t really have to be specific to Women. If you’ve been to the site, than you can see that they offer something for people of both genders. For those of you not familiar, Pinterest is a sort of virtual bulletin board, which users can add to or extract useful tips and info from. What’s apparent is that the design team at Pinterest no doubt felt that if the user experience would be catered to Women, their product would be more popular and attractive. The fact is that the Pinterest concept has proven more than attractive. As  mashable.com recently reported, “daily users have increased by more than 145% since the start of 2012”.

Here’s another example which illustrates the correlation of a product’s usability to it’s overall success. Let’s compare Hotmail to Gmail. Gmail is a lot more popular than Hotmail, even though Gmail was launched 8 years after Hotmail and has similar functionality to Hotmail. Before Gmail was introduced, I was in love with Hotmail and couldn’t imagine switching to a new email platform. But like so many other Hotmail fans, with the introduction of Gmail, I slowly shifted my emails to Gmail. What makes Gmail and other Google products so popular, is their intuitive interface coupled with their products’ functionality. Think about how intuitive and user friendly your Gmail account is. Isn’t it so easy to use? Now compare that experience with other email platforms that you’ve used. Are there any other email platforms that you’ve used that even come close to being so user friendly?

To summarize the main point: take your user’s experience very seriously. This is what will ultimately make your site POPULAR. Good content might DRAW TRAFFIC to your site, either because of your SEO tactics or because other people perceive your content as informative and relevant. However, what will ultimately get people talking about your site is the usability and intuitive interface that you offer.

<<What Does Good Web Site Content Look Like?
Warning: Use of undefined constant next_post_link - assumed 'next_post_link' (this will throw an Error in a future version of PHP) in /homepages/22/d312393700/htdocs/wordpress/wp-content/themes/AvaLance/single.php on line 24
5 FREE Web Site Building Tools!>>